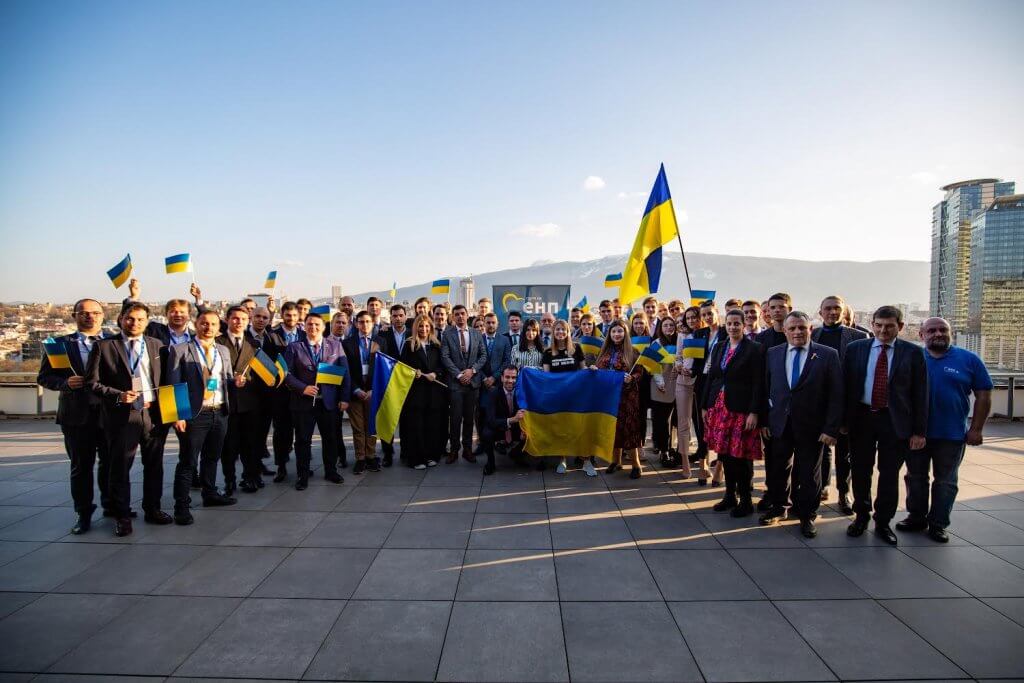 Our annual Winter University which was held in Sofia, Bulgaria from 24 to 27 March and hosted by the Federation of Independent Student Societies (FISS Bulgaria). As the official student organisation of the European People’s Party (EPP) we were thrilled to host an event on the topic of “Prospects for European youth: centre-right unity for a secure and prosperous future.”

The conference was attended by over 50 participants from more than 30 EDS member organisations, who passed many motions and statutory amendments. The event was opened by Patrick Voller – Secretary for International Relations of the EPP, Dirk Hazell – Leader of the UK EPP and Vice-President of the Conservative European Forum and Rumen Hristov, President of the Union of Democratic Forces.

On March 24 the event began with an online session in which the keynote speaker was Massimo Ugolini – Acting Minister of Justice and Family Affairs of the Republic of San Marino. In addition, speakers included Alvaro de la Cruz – Communications and New Media officer at the Wilfried Martens Centre for European Studies as well as Vassilis Kessidis – former EDS Vice-Chair, and it was moderated by Rodolfo Biancheri – EDS Vice-Chair.

On March 25, the conference began with working groups and discussions on the Action Plan in Support of Ukraine, where a resolution was finalised, and later unanimously adopted, calling for an increase of financial and political support for Ukraine, including for the refugees from the war. The resolution also called for strengthening restrictions on Russia by completely excluding it from the SWIFT system and minimising Russian gas supplies to Europe.

Especially for the EDS Winter University and with a 30-hour bus journey from Ukraine, we welcomed Dinara Habibulaeva – Municipal Councilor in Kyiv, President of Solidarna Molod and coordinator of humanitarian aid and provisions, as well as Iryna Shatohina – Secretary General of Solidarna Molod. They shared with the EDS conference first-hand views about the unfolding events and what help Ukraine needs most at the present time.

Numerous meetings were organised for them and financial and material donations were collected, which are already on the way to Ukraine, where Dinara and Iryna immediately returned after the conference. The arranged meetings included:

· The Head of the City Council of Sofia, Georgi Valentinov Georgiev – which included a discussion on support for refugees in the city.

· Meeting with the Quaestor of the European Parliament – Andrey Kovatchev MEP.

· Meeting with the erstwhile Bulgarian President Rosen Plevneliev (2012-17) – who was “Man of the Year” in Ukraine in 2016 – as he was the first to call for EU sanctions on Russian oligarchs.

After all the organised meetings and donations, the conference attendees described their stay in Sofia as the most emotional days in the history of EDS.

It was especially inspiring to hear from Patrick Voller that “The EPP is proud of you and looks up to you”.

We are honoured with the high-profile participations – especially that of our Ukrainian friends, and we are thrilled with the enormous political as well as practical support gathered for Ukraine.