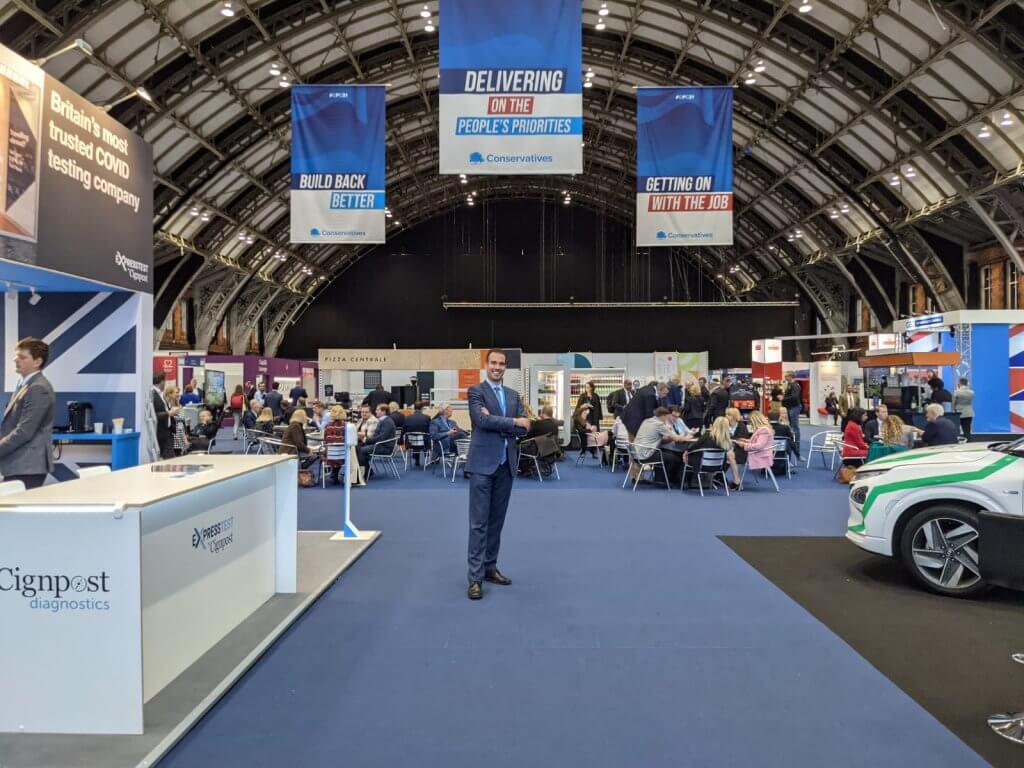 Secretary General Ivan Botoucharov attended the UK’s Conservative Party Conference where he took part in private meetings and a range of events to present the new leadership of EDS after this summer’s Annual Meeting, handout the latest BullsEye Magazine to UK leaders and commit to connecting young people from across Europe with the UK.

• Extra funding for the NHS, with 50,000 more nurses and 50 million more GP surgery appointments a year.

• Reaching Net Zero by 2050 with investment in clean energy solutions and green infrastructure to reduce carbon emissions and pollution.

Ivan met with Chancellor Rishi Sunak who spoke about the Conservative “Plan for Jobs” for young people. During the Conference he announced the creation of 2,000 elite AI scholarships for disadvantaged young people and a new £34 million fund which will create opportunities to learn new skills and help the UK become a high-skilled economy.
Ivan also met with Deputy Prime Minister and Justice Secretary Dominic Raab and discussed youth cooperation. Mr Raab announced during the conference that the UK will crack down on burglars, robbers, and domestic abusers with a package of tagging measures – which will nearly double the number of people on tags, including 10,000 more thieves and burglars, and 12,000 more prison leavers over the next three years.