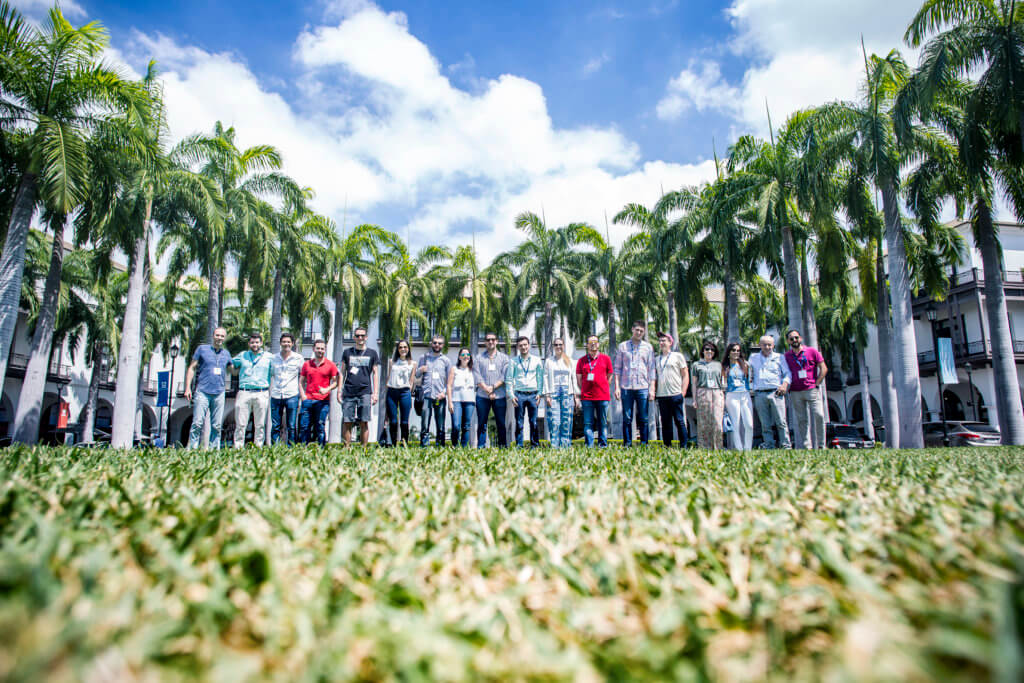 For the very first time in our 57-years history, EDS decided to hold a study mission on the other side of the Atlantic.

Since established in 1961, our working group on human rights has always been focused on the democratic processes and respect for human rights in the Latin American countries. With dangerous political developments in Venezuela, to which we dedicated our recent resolution at the Winter University in Krakow, we have been invited to co-organize student conference in Ecuador under the theme: Caja Política: The young voice in the EU and Latin America. Seeking opportunities.

The primary goal of our study mission was to reinforce the principles of liberty and democracy in Latin America and to improve the cooperation between youth from both continents. During the four-day visit, EDS met with students from various branches of the social sciences: law, sociology, economy and political science, among others; public authorities and the general public interested in exploring European experience.

The event kicked off on June 2, 2018, in Guayaquil, where Ecuadorians presented the landscape of the political situation in the continent. Other international guests included: Ivan Pilip, former Education and Finance Minister of the Czech Republic and Vice President of the European Investment Bank, Dionisio García and Raquel Clemente, Spanish Senators from Partido Popular, Gabriel Santos, Colombian Member of the Parliament, José Manuel Ormachea, leader of Me Comprometo Con, democratic youth movement of Bolivia, Abraham Soto, youngest candidate to the parliament in El Salvador, María Inés Solís Quirós, Vice President of the Assembly of Costa Rica and Roderick Navarro, prominent opposition activist from Rumbo Libertad in Venezuela. In his welcome speech, Chairman Virgilio Falco said that “the European Union has a longstanding special relationship with Latin America that has weaved our ties, in a cultural, economic and political level”. He also promised to strengthen educational cooperation between young activists and EDS.

Following day, delegates met with Mr Coco Yunez, Mayor of Samborondón from the Partido Social Cristiano party. The visit in the municipality and institutions was concluded by a canoe ride on the river Babahoyo. EDS held a debate with the Mayor, university teachers, European consuls and representatives from the PSC-Partido Social Cristiano party, MPs and city councillors from Guayaquil and Samborondón.

Between 4-5 June, EDS joined the conference at the Universidad Casa Grande and the Universidad del Espíritu Santo (UEES) with more than 200 students. Amongst topic discussed were freedom of the press in Latin America and youth participation in democratic changes. Secretary General Tomasz Kaniecki said that “Europe, and especially Central Eastern part, where people lived for years in oppression is obliged to share what reforms did we do after the change of the political system. We can learn a lot from each other”. The other panellists included Enrique Herrería, former Constitutional Court judge of Ecuador, Dionisio García, Spanish Senator from Partido Popular, Roderick Navarro, Rumbo Libertad, Lourdes Cuesta, PSC MP in Ecuador, and Gustavo Cortex, former editor of El Universo, most prominent Ecuadorian daily. The discussion revealed the dangers for the press in the region, comparing situations from different countries and how the journalists defend their rights. 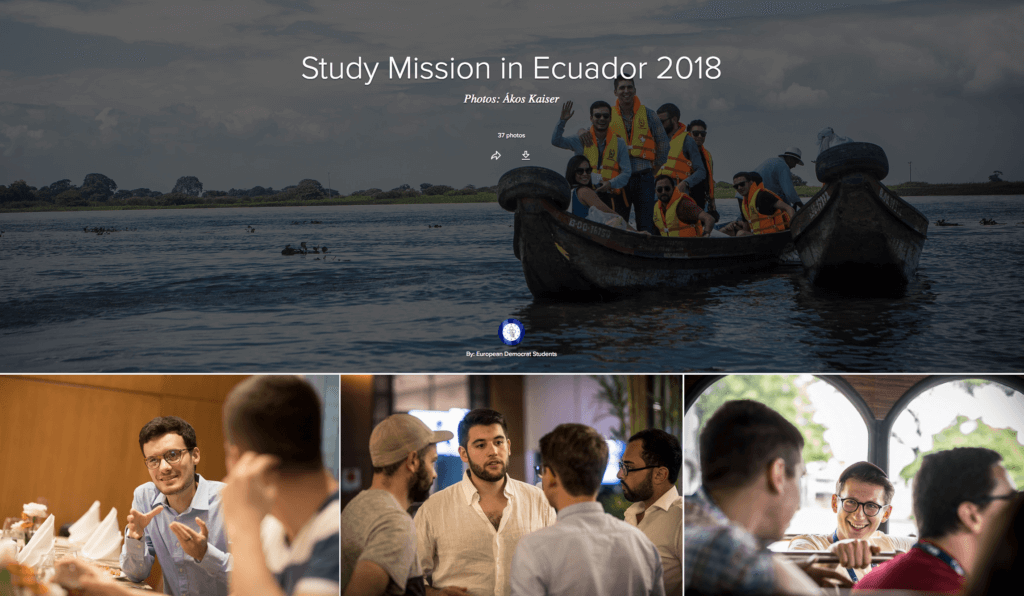