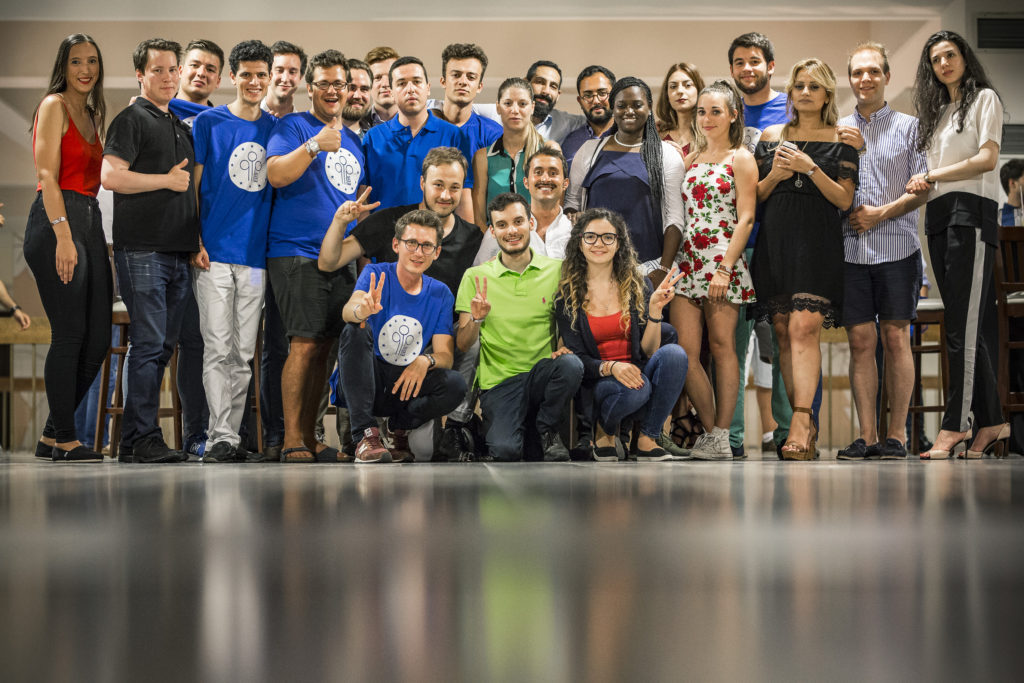 The Summer University of the working year 2016/17 was held from July 25th to July 30th in Varna, Bulgaria under the theme: “European Leaders of Tomorrow”.
EDS was friendly welcomed in Varna, Bulgaria by its member organization MGERB. During the event the young people from all over the Europe had the opportunity to meet and to speak with highly valuable speakers about the future of Europe and about its future young leaders. Vania Koleva, Vice Minister of Youth and Sports in Bulgaria, gave us an overview of the programs that are implemented in Bulgaria in order to involve more young people in the economical, social and cultural life of the country. Ivan Portnih, Mayor of Varna city, spoke about the development of the Varna city and how he manages to integrate young people in the city’s development and support the right opportunities for them; he mentioned that in Varna young people have access to many IT opportunities because of the development of startups and entrepreneurial ecosystem. Gueorg Danielov, Deputy Minister of Foreign Affairs of Bulgaria, Chairman of MGERB and EDS Alumni, and Andrey Novakov, MEP, Forbes 30 Under 30 and EDS Alumni, had a speech about how they succeeded as young people to build a successful political career, what challenges did they overcome as young people and what it means to be young in the European Union today. Paulo Rangel, MEP, EPP Vice President, had an inspirational speech about the European Union, the cooperation between member states and other european countries, populism and how will european idea will remain viable during the hard times we are going through.Tsvetan Tsevtanov, Head of Parliamentary group of GERB, Vice-Chairman of Political Party GERB, talked about the Bulgarian Parliamentary and Presidential elections and how young people were involved in this process. Boyko Borisov, Prime Minister of Bulgaria, Chairman of Political Party GERB spoke about the achievements of Bulgaria in political terms and how he plans to improve and continuously work in order to contribute to the country’s growth and progress.
During the event, the Annual Meeting also took place. That was the highlight of the event due to the fact that a new Executive Bureau was elected. Virgilio Falco was elected as Chairman. Sara Juriks, Tommi Pyykkö, Pantelis A. Poetis, Beppe Galea, Libertas Ezako, Robert Kiss were elected as Vice Chairs. Tomasz Kanietzki was elected as Secretary General of EDS. Furthermore, during the Council Meeting two organization gained the observer member status: CSJ SaS Luxembourg and Youth for Innovation Serbia and others two organization gained the full membership status, namely the Fidelitas Hungary and YS Ukraine.
The participants also discussed the Conference Resolution and split into each of the Working Groups to discuss and develop the motions to be presented at the Council Meeting.
Share EDS with your friends
01
Aug 2017
By European Democrat StudentsNews & UpdatesLeave a comment