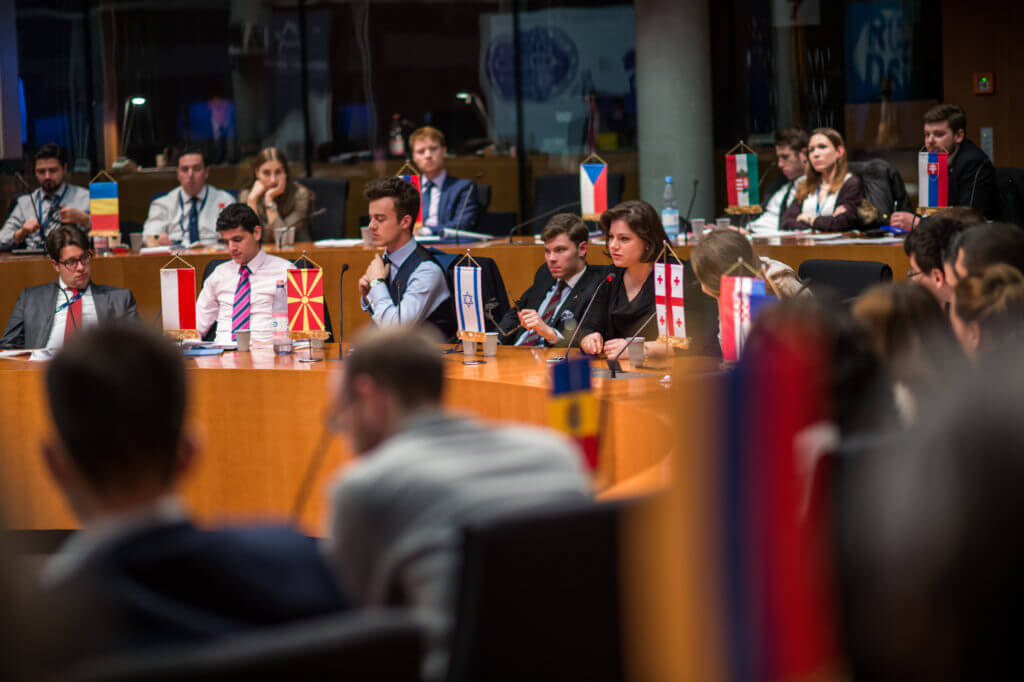 In recent years, the European Union has faced some of the toughest challenges since its inception, ranging from new security threats from an aggressive Russia and the rise of terrorism, to inadequate migration policies, nationalist sentiments and economic disturbances. The need to defend the European project and the values it represents has become more vital than ever. Therefore, the 26th EDS Winter University was held in Berlin – the city which strongly symbolises a united Europe. In a common project “Europe 2030: United We Stand” by Konrad-Adenauer-Stiftung, Wilfred Martens Centre for European Studies and European People’s Party, EDS and the host organisation RCDS Germany were happy to welcome 120 participants to Berlin to discuss European unity and the way forward.

The event was officially opened by Doris Pack, President of the Robert Schuman Institute and EPP Women, who pointed out the importance of Cultural Diversity in Europe, followed by interactive discussions with the participants. During the course of the event the participants had the opportunity to listen to speakers and panellists such as Dr Michael Schneider (President of EPP Group in the Committee of Regions), Thomas Rachel (Secretary of State of the Minister for Education and Research), Peter Jungen (SME Europe) and Gunther Krichbaum (Chairman of the Committee on European Affairs). Topics ranged from political communication and the EU:s internal security to smart regions and the future role of cities on the European continent and the European security order and what should be included in the European security strategy. Other speakers included Roland Freudenstein (Policy Director at Wilfred Martens Centre) who elaborated on what constitutes European identity, Thomas Birringer (KAS Head of Team MENA) who spoke about neighbourhood policy with focus on MENA and in addition to this, EDS had the great honour to listen to a keynote speech by Hans-Gert Pöttering (KAS Chairman) on the European project and future prospects in a long-term perspective. Another highlight was a presentation by Sait Matty Jaw, a Gambian blogger, social activist and an advocate for women’s and girls’ rights who participates in the Students at Risk Program (StAR) in Norway, an initiative providing stipends to students facing political persecution in their home countries, which EDS is actively supporting and promoting.

The speeches were concluded by the EDS 55th anniversary celebration, with a historical outlook on EDS development and a speech by Antonio López-Istúriz (EPP Secretary General) where he described the challenges faced by the EU and the role EPP and its youth structures can play in addressing them. Additionally, participants took part of a study trip to a former Stasi prison in Berlin-Hohenschönhausen Memorial and had a guided tour in the German Bundestag, which also was the location for the Council meeting. During the meeting EDS launched the new official website for BullsEye Magazine.