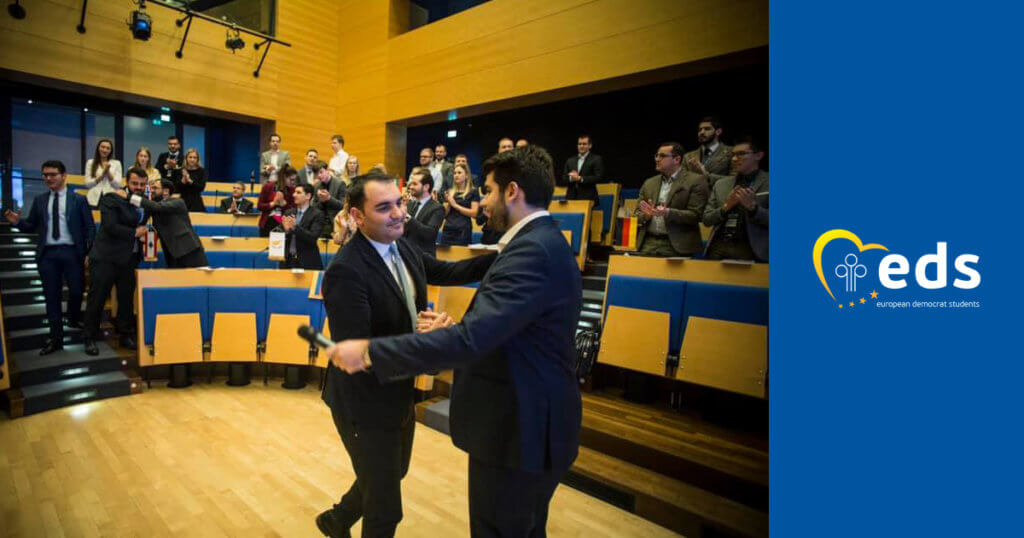 The European Democrat Students strongly condemn the arrests by the socialist government in Albania of Belind Kellici, chairman of FRPD Albania, and another number of peaceful civil society activists and artists.

The destruction of Albania’s century old national theatre coupled with police brutality, especially during this global health crisis, is an act of violence that goes beyond the principles of freedom and democracy we pride ourselves in as a European society. This sudden act of violence by the Albanian authorities, puts the Albanian society and beyond at great risk of COVID-19 and any subsequent outbreak would be a direct responsibility of theirs.

For over two years and a half, activists have stood their ground in trying to stop the socialists from destroying a monument of great historical value both in Europe and Albania. The issue of the national theatre should have been resolved via the proposed methods of Albania’s international partners, such as the proposal of EU Commissioner for Culture Mariya Gabriel, that urged the Albanian prime minister to enter negotiations with the theatre’s protectors rather than unilaterally decide to destroy it. We call for the immediate release of all those politically imprisoned by the rule of Edi Rama, and mass condemnation of his repressive policies by all our partners.