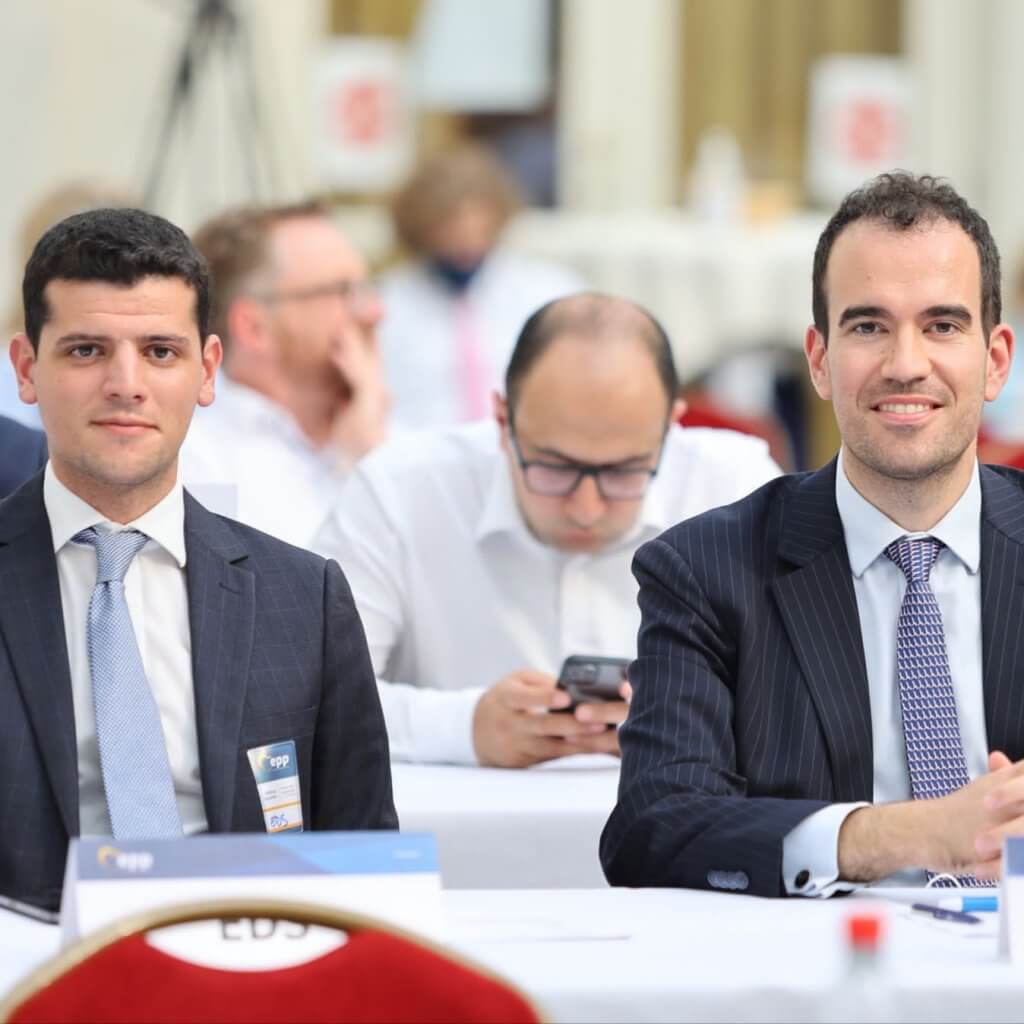 At the start of the working year Chairman Galea and Secretary General Botoucharov engaged in bilateral meetings with colleagues from the EPP Family and took part in the EPP Political Assembly.

The Assembly was a platform for EDS to:

They received great feedback from the EPP leadership as well as from representatives of the political parties present at the event.

In addition to the attending the Assembly, Chairman Galea and Secretary General Botoucharov held a number of private meetings to strengthen relations on behalf of EDS.

+ They began their visit to the EPP headquarters with a meeting with Gabor Berczeli, Director of Robert Schuman Institute, where they discussed possibilities for cooperation, joint activities and sponsorship opportunities.

+ Following that they had the pleasure to meet Patrick Voller, International Secretary of the European People’s Party, who spoke about the importance of EDS to the EPP and offered his support for EDS activities and initiatives.

+ Chairman Galea and Secretary General Botoucharov also met with EPP Secretary General Antonio Lopez-Isturiz who expressed his strong desire to continue the excellent relations between the EPP and EDS and to put forward the ideas of students and young people which are essential for the future of Europe.

+ During the EPP Political Assembly they also had the honour to meet President Donald Tusk. For the first time in EDS history EDS featured an article by an EPP President, thanks to President Tusk who wrote a very strong piece for our latest edition of BullsEye magazine. The printed version of the magazine was shared with him and he was very happy to see his article and the high quality of the magazine.

+ They also met with Andrius Kubilius MEP, the current Head of Euronest as well as former Prime Minster of Lithuania. Mr Kubilius recently contributed a very strong 3-page article on developments in the Eastern Partnership countries. The printed edition of the magazine was shared with him and he was very happy to connect with EDS in person.

EDS looks forward to participating in the EPP Working Groups in preparation for the EPP Congress which is scheduled for November in Rotterdam.