iMEurope – For a united and strong Europe
Students at Risk 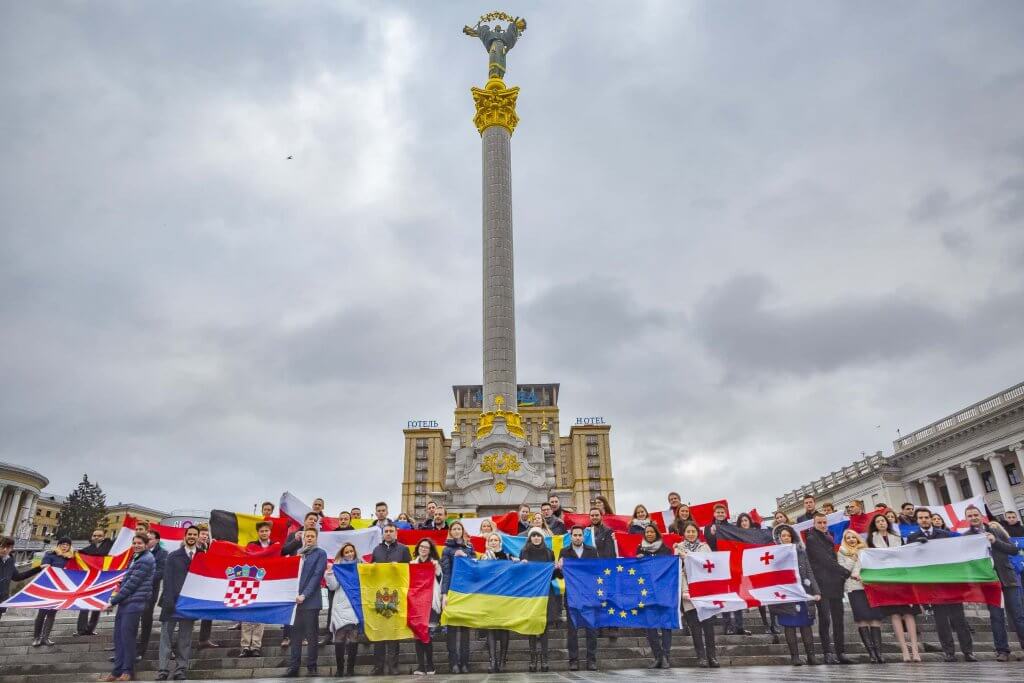 “Europe ́s challenges ahead: Our answers to security threats”

For the second Council Meeting of the 2016-17 working year, EDS was warmly welcomed by Solidarnist in Kiev, Ukraine. The event took place from 8 to 11 December 2016.

EDS was friendly welcomed in Kyiv, Ukraine by the Youth of Solidarnist. The event was opened by Gabriele Baumann, Head of the KAS office in Ukraine who addressed the participants on the topics of the Euromaidan movement, which took place three years ago, the relationship between Ukraine and the EU and the decentralisation of the country. The speech was followed by the original documentary “Winter On Fire: Ukraine’s Fight for Freedom” and a discussion with followed by a panel discussion with Yevhen Nyshchuk, Minister of Culture of Ukraine, Maria Ionova, MP of the Verkshovna Rada of Ukraine, and Kateryna Kruk, political scientist and Euromaidan activist, who shared with participants their experiences from their participation in the Euromaidan.

On the second day of the event, the participants had the opportunity to get briefed about the NATO Liaison Office Activities in Ukraine by Deputy Director Ms Ann-Kristin Bjergene. Ms Bjergene explained the role of the media in terms of propaganda and the importance of young people’s engagement in politics.

Subsequently, the participants visited the Ukrainian Parliament and had the pleasure to get addressed by Carl Bildt, former Prime Minister and former Foreign Minister of Sweden, through a video message and to join a panel discussion with Ivan Miklos, Head of the Group of Advisors to the Prime Minister of Ukraine, Dmytro Shymkiv, Deputy Head of the Presidential Administration of Ukraine on Administrative, Social and Economic Reforms, and Vasyl Zadvornyy, Chief of the public e-procurement system PROZORRO.

Afterwards, Max Primorac, President of the Institute of Stabilization and Transition, spoke on the aftermath of the presidential elections in the United States. He explained the different political situation in the USA compared to Europe and considered the possible future policies of the newly elected President-Elect Donald Trump with particular focus on the EU and Russia.

Also the Vice Prime Minister on European Integration, Ivanna Klympush-Tsintsadze, joined the EDS group to share her view with the participants. Ms Klympush-Tsintsadze held an emotional speech on the situation in Eastern Ukraine and the Russian impact there. She also explained how the Russian propaganda worked and the influence it held over citizens in the region.

Among other discussions and speeches the event’s highlight was the action campaign of EDS on Maidan Square. The participants raised their voices and underlined the clear message that Ukraine is part of Europe and needs to be supported in every way possible.

As per usual, the event was concluded by the EDS Council Meeting. The Council passed ten resolutions, among them the Conference Resolution on Security Strategies and the two urgent motions about the human rights violation in Zimbabwe and on the violation of Greek airspace by Turkey.