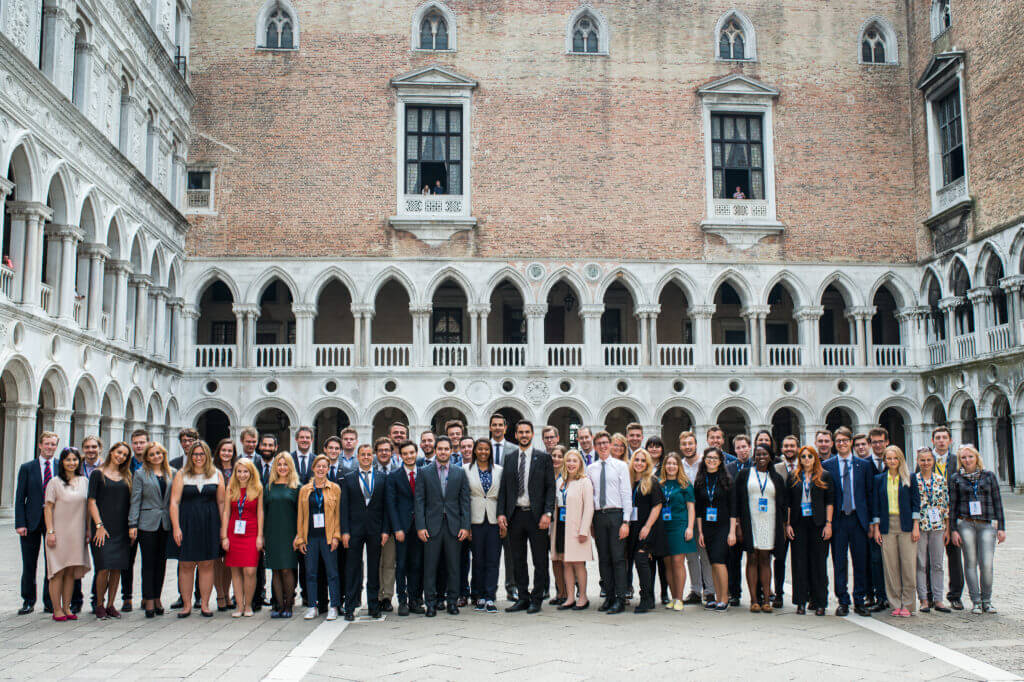 “Facing the Challenges of Climate Change”

For the first Council Meeting of the new working year 2016/17, EDS was warmly welcomed by StudiCentro in Venice, Italy. The event took place from 29 September to 2 October 2016 and was held on the topic of Climate Change and its future effects.

For this topic, EDS had the pleasure to talk to politicians like Simoni Venturini, board member of the city of Venice, who explained to the participants that Venice faces a number of difficult issues with regard to climate change and as such was an ideal location to discuss this topic. He also gave participants an insight into how Venice dealt with the recycling of refuse. Caroline Kanter, director of the Konrad-Adenauer-Stiftung Office in Italy and the Vatican, spoke to the participants about how KAS looked to support a strong centre-right in Italy and that policy should come first in politics and not personality. She referenced the controversy surrounding climate change, noting that the Paris Agreement had brought further attention in this regard, but explained there were real economic reasons why this issue should be addressed for the benefit of future generations. Lara Comi MEP, raised the question of the future of the EU and not only addressed the current problems faced by Europe with regard to climate change but also more general problems such as what would happen after Brexit. She went on to state that in order to face populism, EDS, as an organisation representing the younger generation, needed to develop a new way of believing in the European Project. She was positive about this as, according to her belief, the long-term populist parties will decline in size and influence once governments develop the answers to the issues of today. She also argued that the Bologna Process could only succeed if studies were harmonised on a European level, stressing the importance of courses such as European Studies. Furthermore, she would love to have a Silicon Valley in the EU as there is a knowledge gap in Europe.
But not only politicians but also Stefania Gorgoglione, a lawayer and at Ambientalex Law Firm, provided the participants with an introduction to environmental law and gave a general overview of this subject.

The participants also discussed the Conference Resolution and split into each of the Working Groups to discuss and develop the motions to be presented at the Council Meting. For this working year a new ad-hoc Working Group called “Euroscepticism and Populism” has also been created.