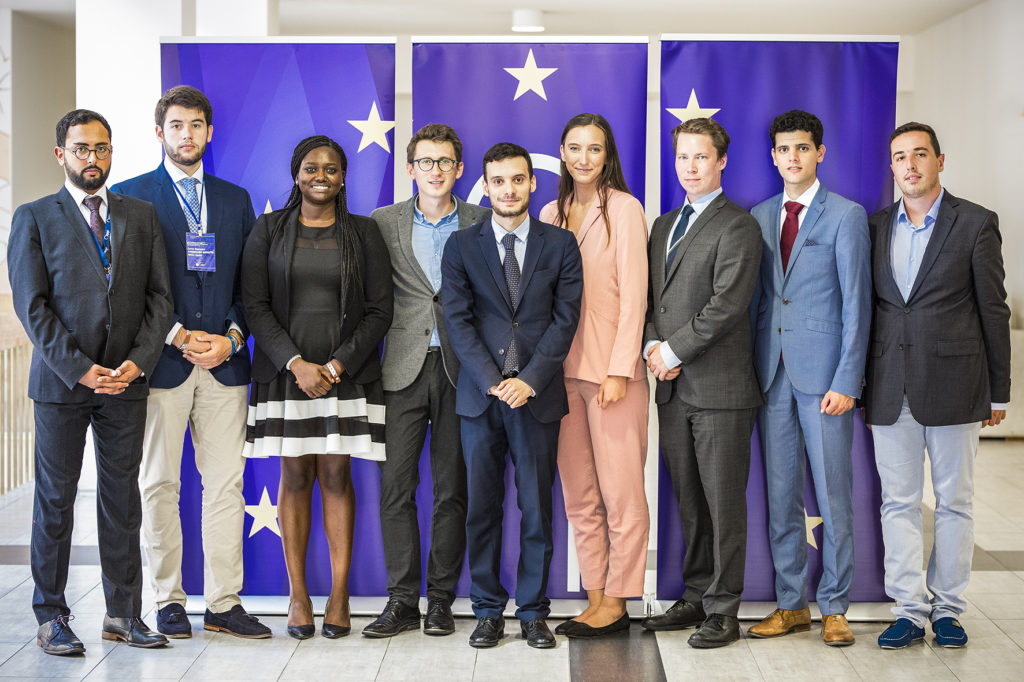 Following very long hours of discussions at the Council Meeting held in Varna, between the 27th and 29th July, we are very happy to announce that our Members have elected the new Executive Bureau for the Working Year 2017-18.

Under the guidance of newly elected Chairman Virgilio Falco (StudiCentro Italy) and Secretary General Tomasz Kaniecki (SMD Poland), EDS is now in very solid hands to continue bringing forward the ideas and policies of the centre-right in Europe.

EDS now looks forward to the coming year with optimism to continue building on the great work that has been done!

This Council Meeting was held alongside the EDS Summer University: European Leaders of Tomorrow, which attracted over 100 participants from across Europe.

Background:
European Democrat Students (EDS) is a pan-European centre-right student and youth political association. It represents over 1,600,000 students and young people in 40 member organisations from 35 countries in Europe and is the largest political student association in Europe.