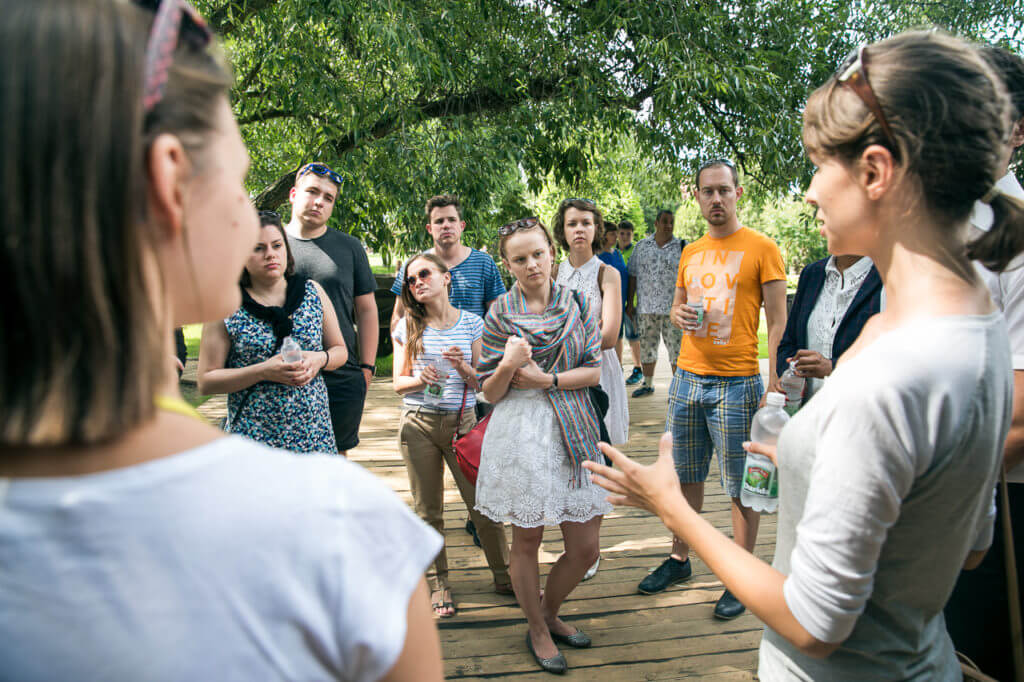 In July EDS invited 20 participants to Minsk for a Study Mission in cooperation with the Konrad Adenauer Foundation (KAS) and the Liberal Club. Belarus is a country which EDS has closely observed, monitored and debated over the years and the country’s development is therefore of great interest to the organisation. Belarus is often called “Europe’s last Dictatorship” referring to the authoritarian ruling style of President Alexander Lukashenko. The Belarusian government has been criticised for human rights violations and its persecution of non-governmental organisations, independent journalists, national minorities, and the political opposition. However, in 2016 the European Union ended five years of sanctions against Belarus on basis of improvements. The aim of the mission was to give the participants a unique chance to experience Belarus directly from the ground and to get to know the post-soviet country, its people and the political situation better and to understand its relations to Europe.

Upon arrival, Wolfgang Sender, Head of KAS Belarus, and Alexander Filipov, member of the Liberal Club, briefed the delegates on the current political and economical situation in Belarus, the current status and Belarusian perspectives after the sanctions. The participants received the offer to join an interesting guided sightseeing tour through the capital of Minsk and to visit a Second World War museum. Afterwards, EDS joined a roundtable discussion about the Higher Education System of Belarus with local students who explained their situation and what changes and developments could be seen after Belarus became a member of the European Higher Education Area, adopted the Bologna Process and joined the Erasmus+ Programme. All participants took the floor in order to draw comparisons to other European countries, having had these systems implemented years ago. In the conclusion the participants identified that the majority of countries are facing similar problems, one of them being the recognition of lectures.

A culminating point of the programme was a visit to the monument of the death camp of Trostinec, where EDS and KAS held a wreath ceremony in memory of the 200 000 people who were murdered at this camp. In order to learn more about Belarusian culture the participants visited an interactive handcraft museum, where they took part in workshops and got a deeper insight of the traditional production of materials such as nourishment, clothes and tool kits. EDS also had the pleasure to talk to Aleksej Smirnow, Petr Schulga and Aleksej Poplawskij from the Ministry of Foreign Affairs and ask numerous questions about the international politics of Belarus, which was illustrated by one country being framed between two big players such as the European Union and Russia. Afterwards, EDS discussed very intensively the situation of the Belarusian exile university “European Humanities University” in Vilnius, its’ aims, the current situation and its’ potential future. The five days study mission finally was accomplished by a visit to the European External Action Service and discussions on the EU’s diplomatic work in Belarus.