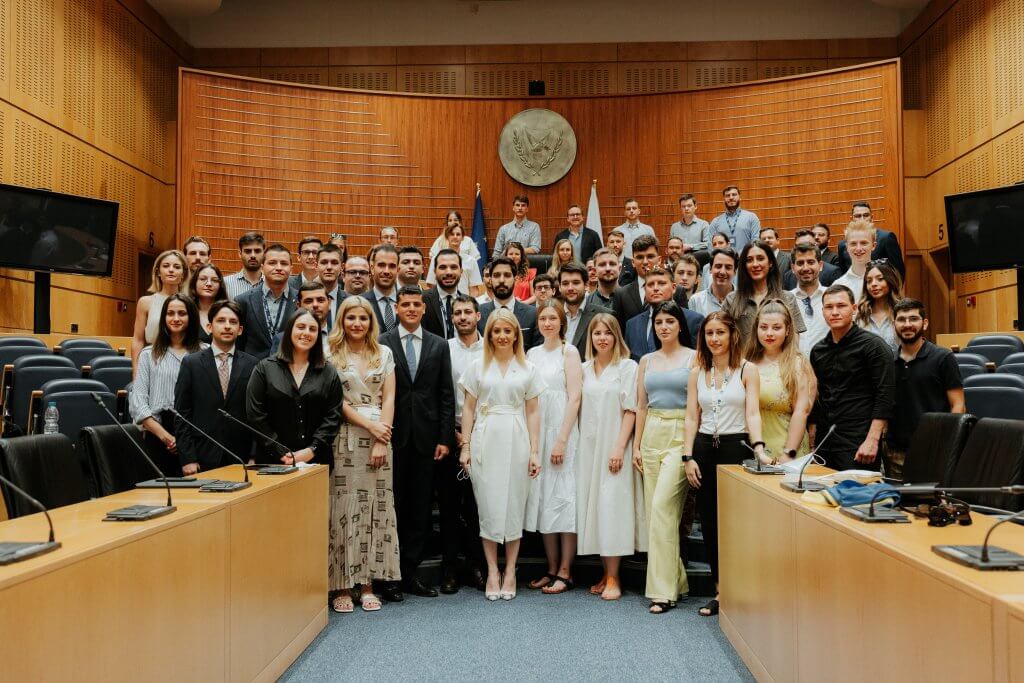 Following another successful year of policy initiatives and organised activities for our participants, EDS co-organised the Summer University with the Wilfried Martens Centre for European Studies in Ayia Napa, Cyprus. Our Member Organization from Cyprus, FPK Protoporia, hosted The Summer University which included representatives from over 30 European countries. It was a fruitful conference revolving around the achievement of EU energy independence as well as challenges and opportunities ahead with regards to Repowering the EU.

During the various panel discussions and workshops held by both industry experts, Ministers of the Republic of Cyprus and various policymakers, we had the opportunity to explore methodologies and the impact of achieving energy independence, as a Union and at national level, in order to achieve long-term economic growth, efficiency and sustainable development.

Additionally, our members visited the National Parliament where they met in person the first female and youngest President of Parliament in Cyprus, Madam President Annita Demetriou. Ms Demetriou shared her thoughts on the need to devote more efforts on repowering Europe and expressed how Europe should stay united and work towards achieving peace and stability for the region.

Moreover, EDS visited the UN Council Representation in Cyprus whereby we submitted an urgent motion on recent developments of the Cyprus Problem, asking for attention to be devoted towards the Cyprus problem as well as peace negotiations to be restarted on the island.

As EDS, we are committed to supporting and acting in solidarity with all our European members who are devoted to achieving the goal of freedom, democracy and peace in line with our centre-right and European values and we shall continue to stand by them at our fullest potential.

Importantly enough, during the Council Meeting, Chairman Beppe Galea and Secretary General Ivan Botoucharov, were re-elected to serve EDS within their roles and with the assistance of the newly elected 5 Vice-Chairwomen and 3 Vice-Chairmen held their first Bureau Meeting for the year in Cyprus. By order of election results, the new EDS Vice-Chairs are as follows: