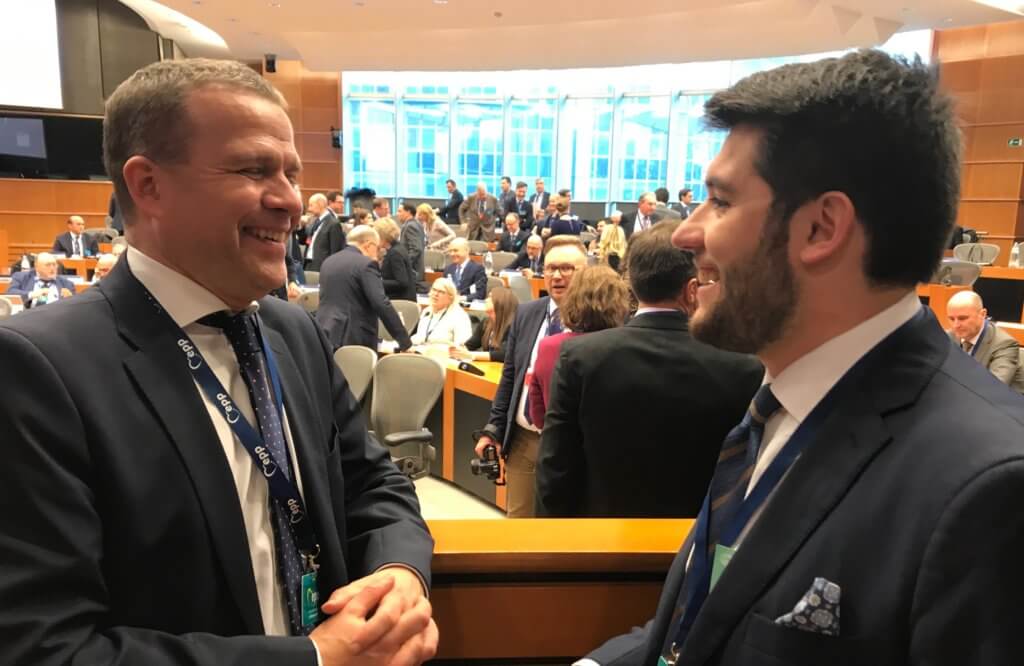 As the official student wing of the European People’s Party, EDS was invited to attend the EPP Political Assembly which took place on the 3d and 4th of February at the European Parliament in Brussels.

President Tusk was pleased to see his counterpart in the student wing Chairman Angrisano Girauta and had a productive conversation on the future of the relationship. President Tusk praised EDS’s magazine BullsEye, reiterated that he will dedicate more time to EDS now that he is leading the EPP, and explained that he is very keen to work closely together.

Many further conversations took place with leaders of centre-right parties, such as with Petteri Orpo – President of Finland’s Coalition Party (as seen in the above photo).

Chairman Angrisano Girauta explained, „It is always a great opportunity to attend EPP events and to introduce the work of EDS as well as to boost connections for the benefit of the organisation. It is an honour to lead the largest student organisation in Europe and as a centre-right youth political association, we are thrilled to have the responsibility to represent 39 member organisations from 33 countries, as well as to provide unique opportunities to them and to their members.”