We stand united with the British people
Council Meeting in Zagreb, Croatia 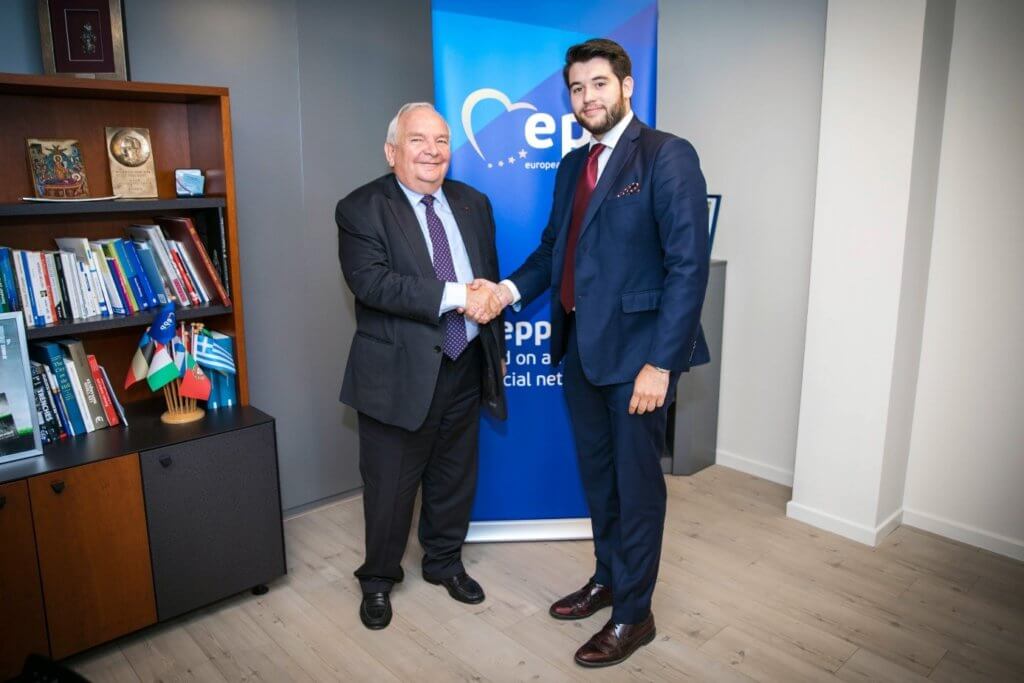 Mr. Angrisano Girauta and Mr. Daul have had a meaningful and productive discussion on the future of young people and the importance of EDS in Europe

After the elections that were held in August in Bucharest, newly elected Chairman of European Democrat Students Carlo Giacomo Angrisano Girauta, with associates Executive Officer Francesco Sismosdini and Honorary Chairman Virgilio Falco, held a conversation with European People’s Party President Mr. Joseph Daul. On the margins of conversations about #FutureOfEurope, the two organisation heads, discussed the organisation of the EPP Political Assembly that prepares the Party Congress, which will be held in Zagreb.

„It was a pleasure to have a conversation with EPP President Mr. Daul. As EDS Chairman, I am really honoured to have the responsibility of leading the biggest student organisation in Europe. The endurance of his leadership over our EPP family is for me an example, which I’ll do my best to follow“, said EDS Chairman Mr. Angrisano Girauta after the meeting with EPP President Joseph Daul.

As a pan-European, centre-right, student and youth political association, we are taking responsibility for our member network which consists of 39 members from 33 European countries. While having conversations, among others, as EDS President, Mr. Angrisano Girauta introduced the EDS new leadership and project plans to the EPP.

Conversations were held in Brussels at the European People’s Party Political Assembly, the first meeting of that kind after Bucharest. In-between several private conversations, the EDS Chairman held a conversation with the EPP Secretary General Antonio López-Istúriz.