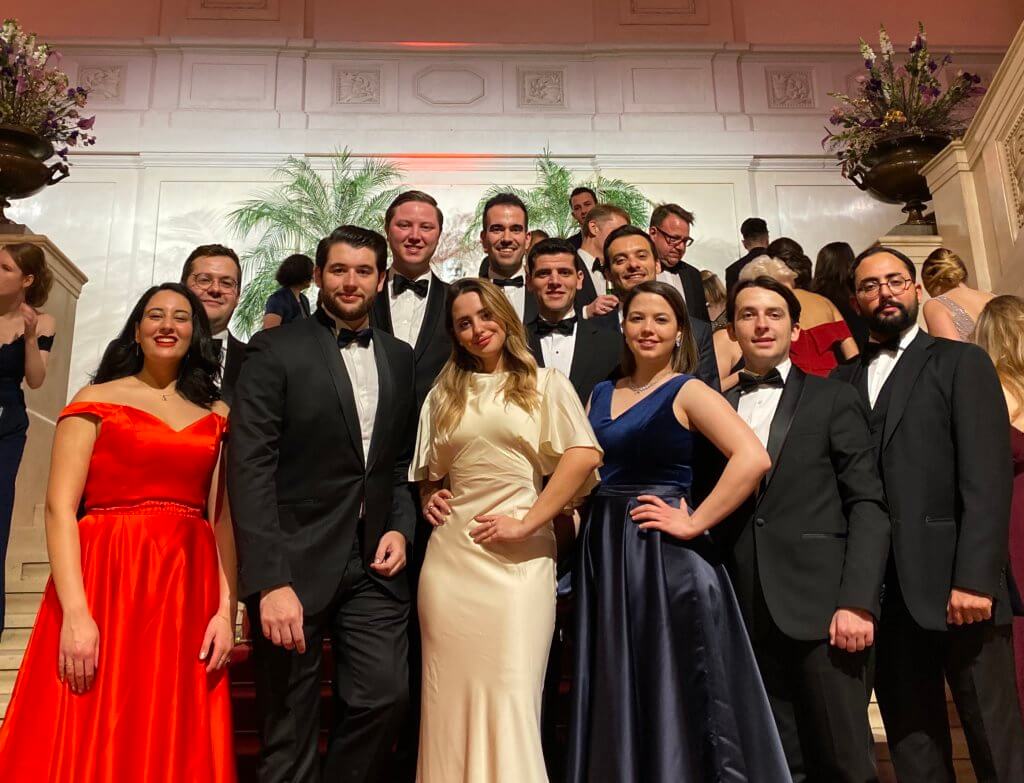 We were honoured to attend the WU Ball at the Viennese Imperial Palace, a tradition that dates back to our founding which took place at this fantastic event in 1961.

Chairman Carlo Giacomo Angrisano Girauta reminded us of Gustaf Mahler’s words, “Tradition is not the worship of the ashes, but the preservation of the fire”, which the participants took to heart and implemented during the event as well as in our plans for the working year.

The visit to Vienna started with a tour of the University of Vienna, a great European institution renowned across the world, established in 1365 and currently home to over 90,000 students. This was followed by dinner and dance classes – which helped ensure that the participants would represent EDS honourably at the ball. We are most grateful to AktionsGemeinschaft for organising these activities and are proud to have such a successful member organisation in Austria, which has been the strongest group in the Federal Parliament of the Austrian Students’ Association during the past several mandates.

On Saturday the Bureau was hard at work during its first meeting of the year. This included policy discussions, reports on work done, debates on a variety of topics ranging from fundraising activities to our BullsEye Magazine and to future events which are planned in a number of European countries as well as with global partners ranging from China to Ecuador!

Following the assiduous work EDS participants attended the WU Ball of the Vienna University of Economics and Business, which took place at the Viennese Imperial Palace (Hofburg). The event gave further opportunities to reflect on the great heritage inherited by our EDS predecessors over six decades, the fantastic achievements to date and the ambitious plans, upcoming events and formidable next steps. Stay tuned about our activities on Facebook, Instagram and Twitter.