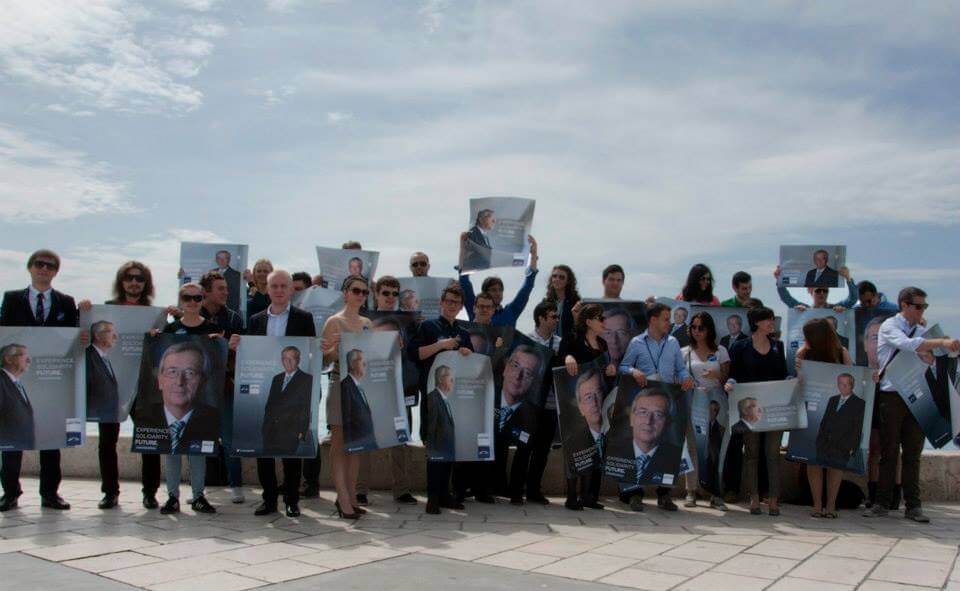 EDS has supported Jean-Claude Juncker since the very beginning when we provided our backing to
his candidacy for the Presidency of the European Commission at the EPP congress in Dublin, Ireland. With the announcement of his selection as the European People’s Party candidate,
the next day found us working on his campaign. We paid particular emphasis to social media and we made sure to constantly post items about his candidacy in order to reach the maximum number of people possible.
In addition to general posts on social media, we closely observed the presidential
debates, otherwise known as the so called ‘Eurovision debates’, and we promoted all the important ideas which our candidate presented.
Amongst the values of Jean-Claude Juncker we focused our campaign on his three key values which he presented at the EPP congress: efficient leadership, solidarity amongst people
and nations, and his strong vision for the future. Beside our use of social media, we also actively campaigned for Jean-Claude Juncker during EDS events by holding street campaigns in
order to inform the local people about his candidacy.
As EDS is the official student organisation of the European People’s Party and also the largest
student organisation in Europe, we wanted to promote the candidacy of Jean-Claude Juncker particularly within the student community. With this in mind, EDS organised two
huge campaigns which took place simultaneously in 50 university cities all over Europe. The first campaign took place on 9 May 2014 to coincide with Europe Day and the second campaign on 20 May. On these two days EDS, in close cooperation with our member organisations in the respective countries, managed to bring together large numbers of students in the streets in order to
campaign for Jean-Claude Juncker and spread the word about the excellence of his candidacy.
We consider our campaigns to be a big success and we are very pleased for the great cooperation we had with our member organisations. 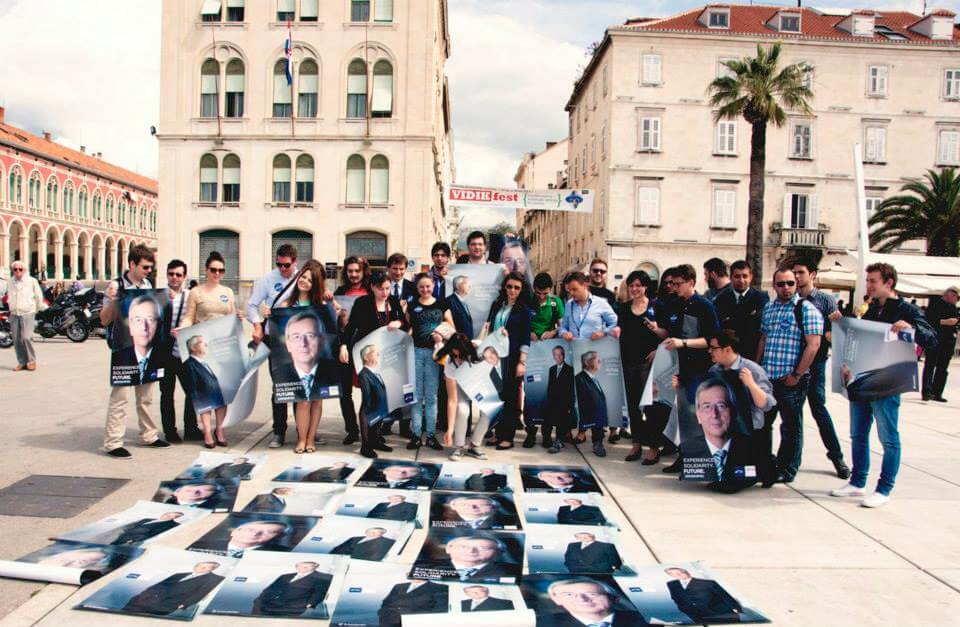