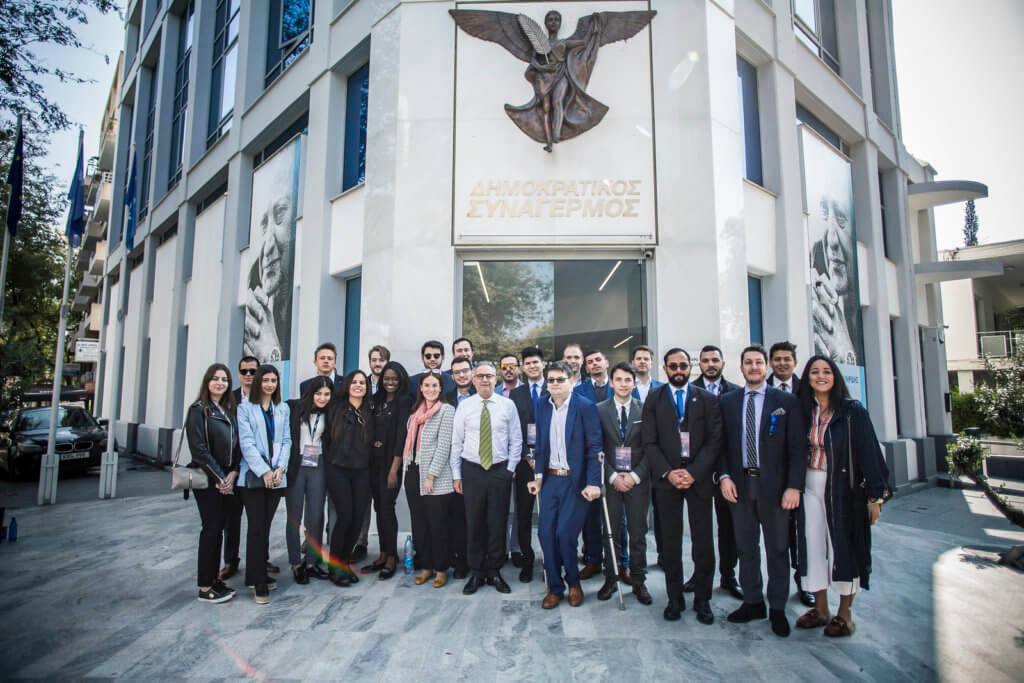 From April 4th to the 7th we hosted a Study Mission in Larnaca, Cyprus under the theme “Conflict Resolution and Peacemaking”. With great speakers like for example Michalis Sophocleous from the Glafkos Clerides Institute discussing start ups and the role EU plays, Demetris Pierides former diplomat and banker explaining the historical evolution of the island and the nation who dedicated his life to rescuing the ancient arts, Savvas Kakos the CEO of Quality Group Development on the topic of Cyprus as an investment destination in the southeastern Mediterranean and the development prospects of Cyprus and Celia Richardson the Chief of Joint Mission Analysis Center for the UN Peacekeeping force in Cyprus. She helped shed some light on the current situation as well as the stories from the past, how the UN functions and their current role in Cyprus as well as hopes for the future, whilst also allowing our participants to visit them in the current Buffer Zone at the UN offices there. The Cyprus case stands out as a historical landmark in European history and present time, yet conflicts and conflict resolutions can be seen and debated everywhere. By allowing our participants a deep dive into the political scene in Cyprus, the international help and development and the overall hopes for their future, everyone left the mission better equipped to themselves understand conflict zones and the enormous impact they have on a seemingly peaceful society, the role of the UN in such situations and bring with them more hope for the way forward.