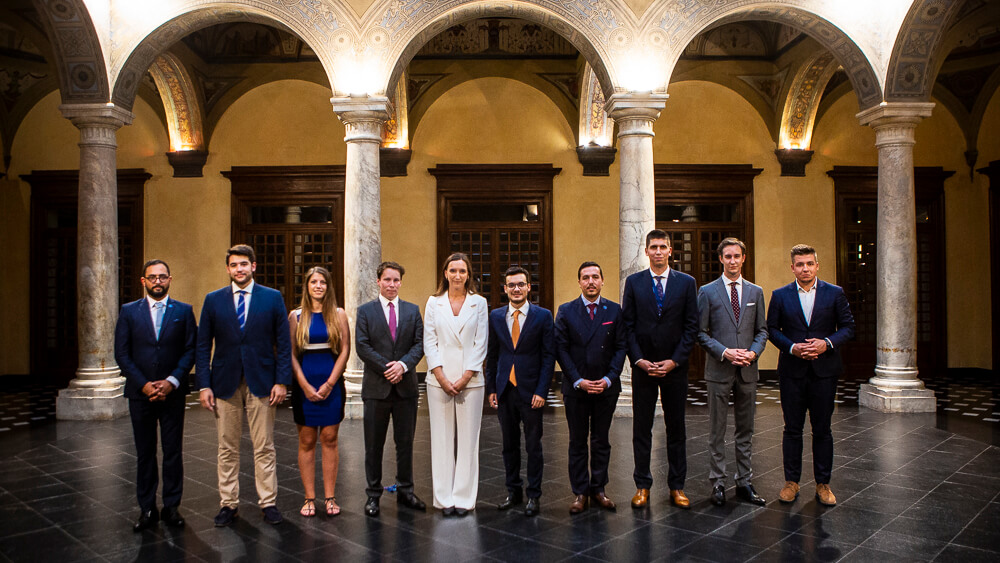 The Summer University of the working year 2017/18 was held from July 25th to July 29th in Genova, Italy under the theme: “Europe. Land of creativity, innovation and unity”, which attracted more than 100 participants from across the world.

EDS was friendly welcomed in Genova, Italy by its member organisation StudiCentro. During the event young people from all over the Europe and guests from Latin America had the opportunity to meet and to speak with highly valuable speakers about the innovative and unite Europe. During the first day of the event we heard several welcoming speeches in the magical Palazzo Tursi. Speeches were delivered by Mario Mascia, the representative of the Mayor of Genova, Maciej Surowiec, the Government Affairs Manager from Microsoft, Francesco Sismondini from the host organisation of StudiCentro and the Chairman of European Democrat Students, Virgilio Falco.

On the second day the participants were busy with the working groups debating the motions for the upcoming Council Meeting, they discussed about the Conference Resolution and examined the Member Organisations applying for different membership categories. Furthermore, a simulation was organized by the representatives of Microsoft. The situation that was being simulated was an emergency meeting of North Atlantic Council which had been convened because of the accusations of foreign state meddling in one of the NATO member’s elections.

On the last day the newly elected board held its first meeting where they, among other matters, decided the new Co-Chairs of the Working Groups and members of the BullsEye Editorial Team.

The event was closed in a festive Gala Dinner which, at the same time, marked the end of the working year 2017-2018.