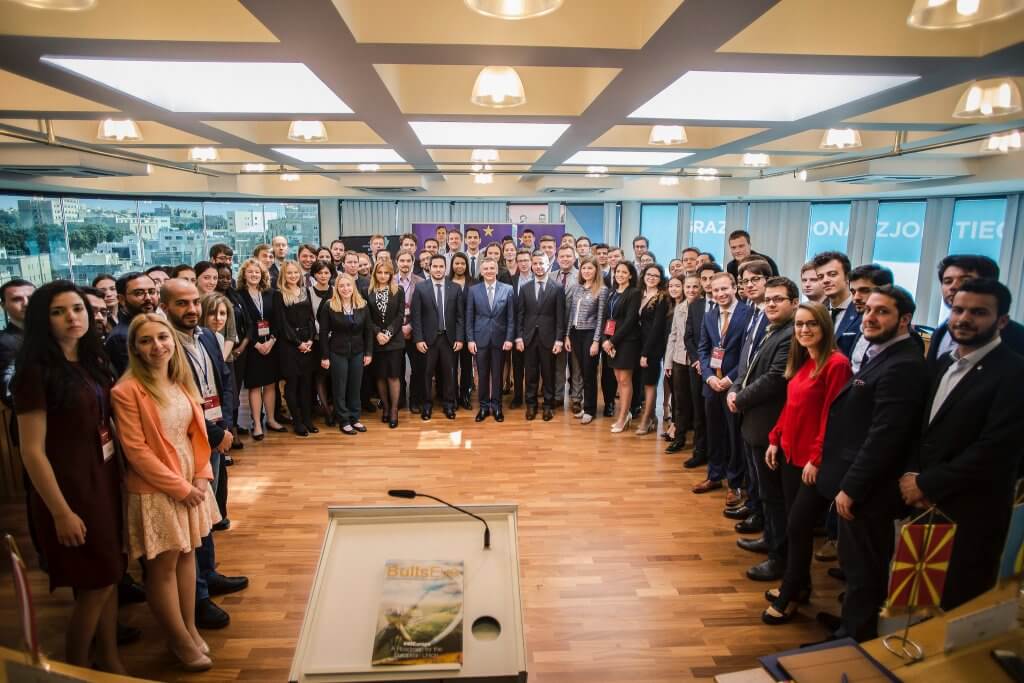 From 28 March to 1 April, European Democrat Students met in Malta for their third Council Meeting of working year 2016/2017. Over one hundred delegates gathered in Malta to engage in debates on approaches to the issue “Data Crisis: Protecting Personal Information in a Globalised World”.
Among the visiting speakers were Joseph Daul, EPP President; Lawrence Gonzi, Former Prime Minister of Malta; Antonio López-Istúriz, Secretary General of the EPP; and Manfred Weber, President of the EPP Group in the European Parliament. The panel discussion on Digital Europe was attended by Therese Comodini Cachia, MEP and the European Parliament’s Rapporteur on Copyright reform; Eva Maydell, MEP; Alexander Whalen, Senior Policy Manager at DIGITALEUROPE; and Sebastian Gerlach, Director of EU Government Affairs, Microsoft. The Council Meeting was opened by Simon Busuttil, PN President, and by Roberta Metsola, MEP and EDS alumna. The Winter University took place alongside the EPP Congress, and EDS was pleased by the organisation’s strong presence at the convention: through participants of the EDS Winter University and due to the high number of EDS volunteers who assisted the EPP in accomplishing another successful Congress.